You may not think much of it, but your midfoot has a very important job. This relatively dense group of bones and joints—also called the Lisfranc complex, after French surgeon Jacques Lisfranc de St. Martin—work together to support and stabilize your arch and to transfer forces from your calf and heel to the front of your foot.

When a foot trauma or fracture befalls the bones, ligaments, or cartilage of your midfoot, even simple walking and standing may become difficult. That’s why you should visit Family Foot and Ankle Center if you notice the signs.

Types of Midfoot Trauma and Fractures

There are three basic types of injuries to the Lisfranc complex, all of which can occur independently or together. Sprains involve damage to the ligaments that support the arch, while fractures refer to chipping, cracking, or breaking of the bones themselves. The bones may also be dislocated from their normal position. 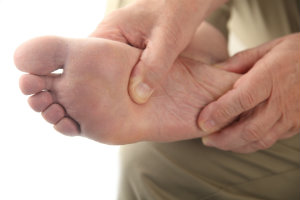 Although Lisfranc injuries, especially fractures and dislocations, are frequently present after a direct impact, such as dropping a heavy item on your foot or an automobile accident, they can also be caused by relatively benign incidents such as a simple twist and fall. As a result you may initially mistake a midfoot injury for a simple ankle sprain; however, a midfoot injury is much more serious and requires more extensive treatment.

Symptoms commonly include swelling and foot pain, especially pain that worsens when standing or walking. In severe cases, you may not be able to bear any weight at all. You may notice bruising or blistering on the top or bottom of your midfoot. Abnormal widening of the foot may also be present.

If you notice the telltale signs of a midfoot injury, visit Family Foot and Ankle Center as soon as possible. In the meantime, perform RICE therapy (rest, ice, compression, and elevation) until you can reach medical help. Because your foot pain may be the result of several possible causes, we’ll perform a full physical examination along with imaging tests (such as digital X-rays) in order to determine the location and extent of any injuries.

Treatment and Recovery for a Lisfranc Injury

If no damage or dislocation of the bones is discovered, and if the ligaments have not torn completely, conservative treatments may be effective. The foot will probably have to be immobilized via a cast for about 6 weeks, during which time it’s critical that you not bear any weight on it. Once your doctor gives the go-ahead, you can start putting some weight on the injured foot (possibly with the help of a custom orthotic) and begin physical therapy to re-strengthen the joint complex.

Unfortunately, most fractures, dislocations, and injuries that feature extensive ligament tearing or rupturing do require surgical correction. While surgery is usually successful, due to the severity of midfoot injuries it is possible that, even with the best care, you may endure chronic complications (such as foot pain or arthritis). Advanced athletes may never fully return to pre-injury levels.

Midfoot surgery typically requires the use of plates and/or screws to hold the bones in place. In an internal fixation procedure, the hardware can be removed after 3 to 5 months (depending on your surgeon’s evaluation), followed by a few months of non-weight-bearing activity in a cast or boot, and then incorporating physical activity and slowly returning to activity.

Sometimes, when the injury is particularly severe, plates or screws alone won’t be enough to fix the damage. In these cases, bones and joints will need to be fused together to prevent them from moving abnormally. The rehab process is the same as with internal fixation, though since the joints no longer move you will not need to have the hardware removed unless it’s bothering you.

Because midfoot trauma and fractures can be painful, debilitating, and carry significant consequences, getting expert help right away is crucial in stopping the pain, getting you back on your feet, and limiting future complications as much as possible. Call Family Foot and Ankle Center at (513) 728-4800 or (859) 282-1572, or use the contact form on this website, and schedule an appointment today.