Are you pumped for Taste of Cincinnati? We are!

There’s no better way to kick off the “officially unofficial” beginning of summer, and there’s nothing quite like this yearly celebration of all things food, drink, music, and culture:

While Taste of Cincinnati is definitely one of our favorite yearly traditions, it can be pretty overwhelming for the uninitiated—or those simply struggling with foot or ankle pain. It’s great fun, but you’d better be prepared for it! Here are some tips to help you have a positive experience. 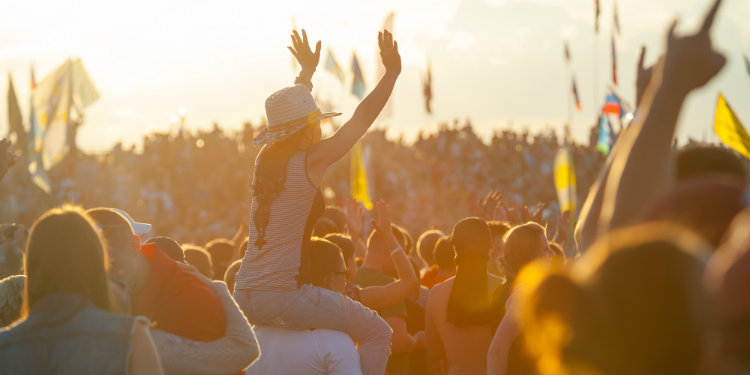 With so many people flooding into downtown, transportation and parking is going to be an issue. You’re just going to have to accept it!

Fifth Street is going to be shut down between Main and Sentinel, along with most of the cross streets there between Fourth and Sixth.

There are several parking garages in the area—the festival recommends Fountain Square (enter on Vine), Fourth & Main, and the Sixth Street & Sycamore garage. But competition for spots is going to be fierce! If your feet are up to it, you may consider parking a little further away and giving yourself a little extra exercise.

Of course, if you don’t want to deal with the hassle, you might instead choose to take public transit—or even park a mile (or several) away from downtown and bus the rest of the way.

All four of the following options will take you right to the festival front door. Though of course, you’ll have to educate yourself beforehand on scheduled departures and arrivals so you can plan your day:

Prepare for Crowds (and A Lot of Standing)

Packing so many people into just four blocks means you’ll be dealing with some congestion, occasionally long lines, and—perhaps most importantly—not exactly a ton of available seating within the festival area proper. In order to maximize your comfort:

Do a “Scouting Mission” First

It can be tempting to get excited and buy up the first two or three delicious plates you see—only to run out of either money or stomach space before you’ve even halfway through the crowd.

Even though there’s an absolutely insane amount and variety of choices available, it’s still only four or five blocks to cover. So do yourself a favor and make a complete food-free lap first. Check out what’s available, then make your game plan. You can’t eat it all—no matter how delicious it looks!—but you can at least prioritize the best of the best.

You can also check the full menu ahead of time at the Taste of Cincinnati website. 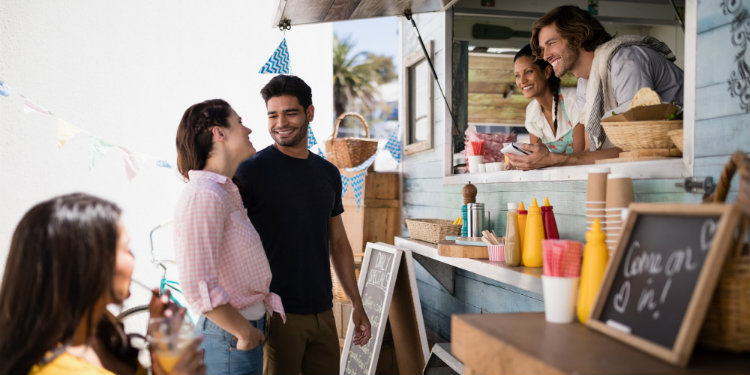 Go Hungry—But Not Necessarily That Hungry

How much you sample at the Taste of Cincinnati will depend on your budget (and how many mouths you have to feed!) Remember that while per-plate costs top out at about $6, they’re typically half portions (or less) compared to full restaurant meals.

So, if you’re already ravenous and expect to fill yourself up at Taste—and we’re not saying you necessarily shouldn’t do that, either!—expect that you’re probably going to pay a bit more than regular restaurant price for a full meal’s worth of food. For a family of four or five, that can get pricey!

It’s not a bad idea to figure out beforehand about how much money you want to spend, and then adjust your hunger level to match.

A very important point! Not all vendors will be set up with the capability to accept payment cards. There are tons of nearby ATMs if you’re really in a jam, but it’s always better to take some along beforehand so you can skip the lines and potential fees.

It’s always better to go with a friend, family, or group. Divide and conquer! You have more fun and you get to try and share more delicious treats. Plus, the fewer cars y’all have to take, the less frustrated we’ll all be!

Of course, if your feet are prone to aching after only a few minutes on your feet—or they just hurt all the time—you might need a bit of a tune up before braving the festival. Fortunately, our experienced foot and ankle physicians can help with that.

Give us a call toll free at (888) 689-3317 to schedule at an office location near you. We have five convenient locations in Ohio and one in Northern Kentucky.

To reply to this message, enter your reply in the box labeled "Message", hit "Post Message."